You are here: Home1 / Liposuction Information2 / History of Liposuction 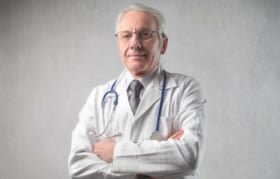 Although the first known use of suction to remove fat from the body was performed by French surgeon Charles Dujarier in the 1920s, the development of modern liposuction is credited to father and son Italian gynecologists Arpad and Giorgio Fischer who in 1974 invented a blunt, hollow surgical instrument called a cannula that allowed them to create tunnels between major blood vessels of the body while sucking out fat.

Prior to this time, many physicians had attempted to sculpt fat build-up using a curette, a surgical tool designed for scraping, which often caused blood clots, abscesses, skin unevenness, and other health complications.  Other doctors of the era tried to reshape the body by surgically removing both fat and skin, resulting in unsightly scarring, and with time, re-accumulation of fat around the incision sites leading to physical deformity.

By 1978, Paris physicians Yves-Gerard Illouz and Pierre Fournier became interested in the Fishers’ groundbreaking work, subsequently making improvements to the equipment used for liposuction.  Recognizing the potential impact of this new procedure, Illouz popularized it throughout France, gradually developing the so-called “wet technique” in which a solution of saline (salt water) was injected into the fat before suctioning to decrease bleeding and make suctioning easier.  A short time later, Fournier introduced the use of the local anesthetic lidocaine, laying the groundwork for the tumescent technique used today.  Additionally, Fournier refined the Fischers’ entry technique using a criss-cross method utilizing several incision sites rather than just one or two in order to give more even contouring.  He also introduced the concept of applying compression to the affected area(s) post-operatively to help support and shape the suctioned tissue.

By 1980, “lipo” had become quite popular in the US but met with a great deal of negative publicity due to many patients experiencing excessive bleeding and tell-tale rippling of the skin after surgery.  Among the first to offer liposuction in the US was New York dermatologist Rhoda Narins, with plastic surgeons Julius Newman and Richard Dolsky directing a liposuction course in Philadelphia by late 1982.  Finally, in 1985, California dermatologist Dr. Jeffrey A. Klein revolutionized liposuction by perfecting the tumescent technique, a method by which both lidocaine and epinephrine (a drug that shrinks capillaries), are injected into the fat.  With his more refined method, patients could have liposuction performed completely under local anesthesia using a much smaller cannula without fear of excessive bleeding or undesirable skin depressions.  It quickly became the most popular means of shaping the body, especially for women’s buttocks and thighs.

The next significant development in liposuction occurred in 1992 when Professor Michele Zocchi of Italy introduced Ultrasonic Assisted Lipoplasty (AUL) as an alternative to conventional cannula suction.  A method involving the application of ultrasonic energy to fat cells prior to suctioning, Zocchi hoped that this new technique would allow liposuction to be performed without damaging nerves and veins that were often destroyed using blunt cannula liposuction.  While initially embraced in South American and Europe, ultrasonic liposuction was largely rejected after many patients experienced skin peeling, burns, and fluid build-ups in the affected area(s).

In 1997, however, the American Society of Plastic and Reconstructive Surgeons lent unprecedented support to ultrasonic liposuction, developing a series of educational courses to instruct their members in the proper way to apply this new technology.  While this served to popularize the method among countless plastic surgeons, dermatologists largely rejected it, saying that the increased complications over-shadowed the minor benefit of less work it provided.

Though considered by some to be a technology apart from traditional liposuction, Power-Assisted Lipoplasty (PAL), approved for general use in 1998, uses a special cannula that pulses as it suctions.  While not yet widely used, many modern plastic surgeons believe that it, like Ultrasound-Assisted Lipoplasty (UAL), may offer as yet unknown possibilities in the near future.