Since first being introduced in 1998 by Columbian surgeons Drs. Rodrigo and Clara Neira, laser liposuction has drawn a great deal of attention from US plastic surgeons. We explain the technology behind laser liposuction and its potential suitability for your Liposuction procedure. 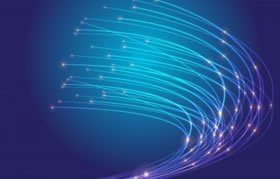 Since first being introduced in 1998 by Columbian surgeons Drs. Rodrigo and Clara Neira, laser liposuction has drawn a great deal of attention from US plastic surgeons.  First used in hopes of reducing the pain and inflammation commonly experienced after traditional liposuction, Drs. Neira discovered that by applying lasers prior to fat removal, the fat cells became softer and easier to extract, and more importantly, the amount of post-surgery discomfort was considerably reduced.

While “laser lipo” cannot replace traditional liposuction for large-scale procedures, it’s been shown to complement other liposuction procedures quite nicely, giving patients the option of having liposuction applied to more delicate areas — the face, for example — that would otherwise go untreated due to the invasive nature of traditional treatment.  Although the basic process of removing fat remains the same, the method and techniques incorporating lasers allow surgeons to produce more detail-oriented results, with faster recovery time for their patients.

With traditional liposuction, a suctioning tool known as a cannula is used to remove fat from the targeted area(s) of the body.  Most methods in use today involve injection of a fluid that softens fat so it can be more easily broken down, with physical force applied to break up the fat to a workable consistency.  This physical force often results in damage to internal connective tissue, blood vessels, and other surrounding tissue.

With laser lipo, however, an optical laser fiber — often no thicker than a human hair — is used that literally melts fat cells, allowing the fiber to easily slice through the target area(s) with extreme precision and far less destruction to than traditional methods.  The liquefied fat is then removed through a cannula about one fourth the size of a traditional suction tube.

Laser lipo’s benefits lie in the precision it provides doctors in targeting fat cells.  It provides surgeons the option of performing a major procedure using standard liposuction, and then following up with laser lipo for sculpting and fine-line detailing.  This increased precision means less risk of damaging connective tissue and blood vessels typically destroyed during liposuction.  (This is a major step forward for breast reduction procedures that had long been notorious for causing sensitivity loss due to nerve damage.)

Additionally, the smaller incision area means no stitches, there’s less risk of infection or scarring, and since post-surgical swelling is often the result of fluid buildup and the laser technique causes less bleeding, there’s far less chance of excessive swelling.  And since laser liposuction removes fat on a comparatively smaller scale, there’s very little chance of accidentally removing too much fat, resulting in skin irregularities or other more serious health concerns.

Today, there are three major laser liposuction brands in common use: SmartLipo, Cool Lipo (or Cool Touch Lipo), and ProLipo–the primary differences being the laser frequency they use.  But regardless of the devise used, most laser lipo procedures are performed in more or less the same way, with patients only requiring local anesthesia.

How much fat can Liposuction remove?

How much does Liposuction cost?
Scroll to top